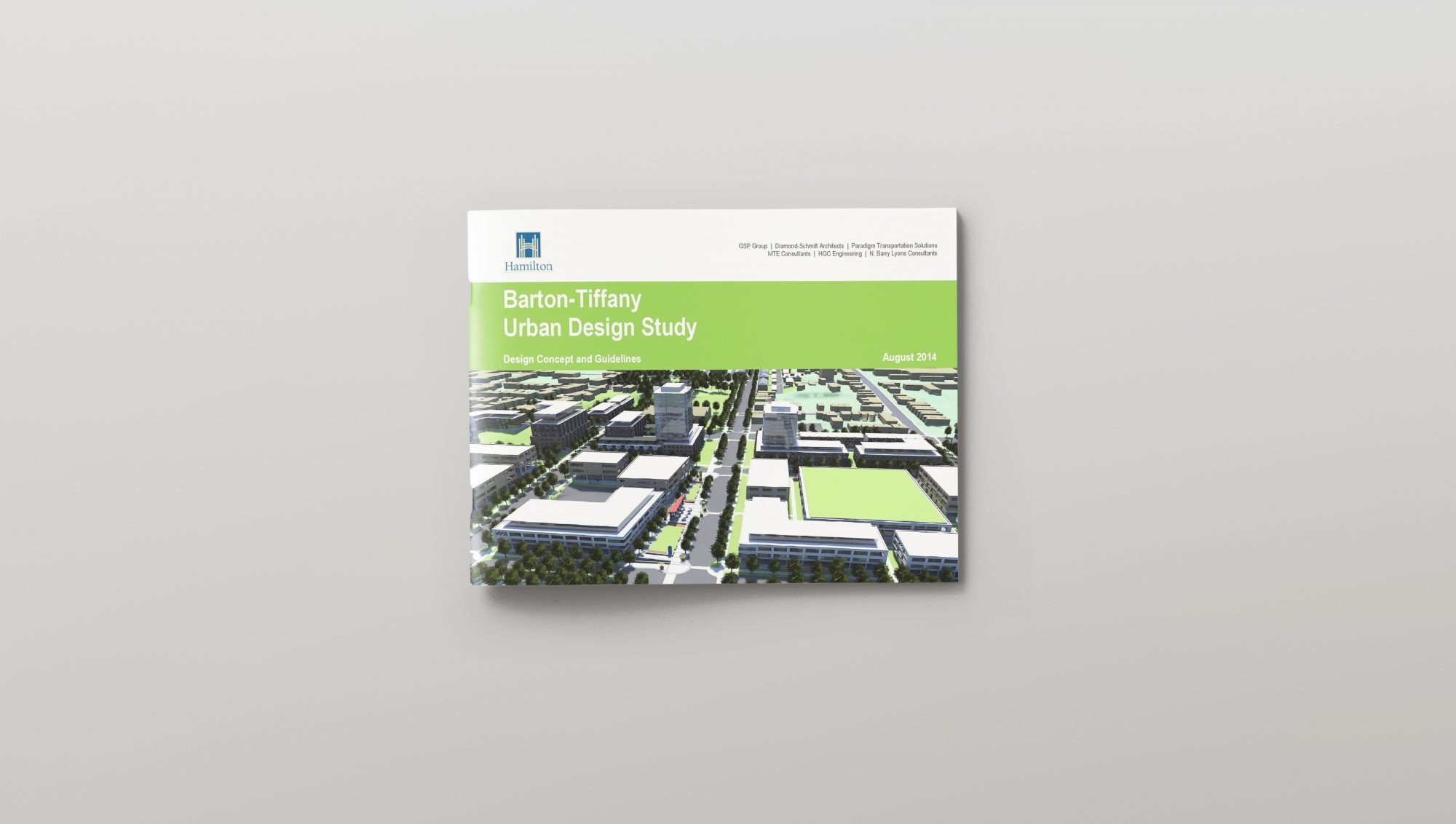 The City of Hamilton retained GSP Group and its team to lead the preparation of an Urban Design Study for the Barton-Tiffany area in the West Harbour district of Hamilton. Surrounding the downtown core, the West Harbour area is one of the oldest parts of Hamilton and features turn-of-the-century architecture and an ongoing transition from its heavy industrial roots. The area presents considerable regeneration opportunities, but within the context of a disconnected waterfront, a large abutting rail marshalling yard, and significant environmental constraints from past industrial activities. GSP Group was tasked with preparing urban design recommendations for Barton-Tiffany’s new development and public realm that would implement the vision established by the West Harbour Secondary Plan.

GSP Group explored design principles, ideas, and concepts with the community through a comprehensive engagement program that featured 11 meetings with various groups, committees, and the public. The recommended urban design concept and guidelines that emerged featured context-sensitive residential development throughout the area in terms of height, form, and style. A new Caroline Street ‘allee’ provides a north-south movement corridor between Downtown and the future GO station and the waterfront. Major streets within the area were rebalanced to move more comfortably those walking and cycling. Central Park was redesigned to re-establish the existing grid of streets and provide a more ‘urban’ park for a diverse range of recreation needs.

The study won the 2015 Award of Excellence in Community Planning at the Hamilton Urban Design and Architecture Awards.